Texan by Nature, energy producers team up on conservation efforts

Permian Basin oil companies are known for their joint ventures with other companies. But those partnerships are spreading beyond the industry to other areas, such as conservation work.

“The focus has been on how to take care of Texas long-term, doing good for the land and helping the economy,” she said.

Noting that the nonprofit already has more than 75 conservation partners, Carswell said that studies have found productivity rises 64 percent when tasks are undertaken by teams rather than by individuals.

Carswell described the organization’s method of operation as an “accelerator.” She said many conservation groups don’t have marketing or media capability, and Texan by Nature can assist with raising awareness and educational efforts.

The organization’s conservation partners submit projects each year and the organization chooses six projects — what she called “Conservation Wranglers” — to support. A program manager is assigned to assist with strategy, budgeting and other issues so the project can be expanded or replicated elsewhere. The projects must benefit natural resources and offer a measurable economic benefit.

Getting industry partners onboard involves demonstrating that the conservation project can reduce costs or increase revenues, she said.

One example is the Dark Skies Initiative that was a Conservation Wrangler project in 2018 promoted by the McDonald Observatory. Apache Corp., which had drilling operations in the area, saw that changing its lighting practices not only protected the skies for the observatory but improved safety on its drilling rigs and its cost structure.

Apache spokesperson Fay Walker told the Reporter-Telegram by email that the company partnered with Texan by Nature and the observatory to spread the word about lighting best practices and that Texan by Nature has been an integral partner in helping the company share its story across the state.

“Apache is committed to the McDonald Observatory’s efforts to educate the West Texas business community about the importance of protecting the dark skies,” Walker said. “Texan by Nature is an important resource and partner who uses their platform to champion initiatives like ours with the Observatory that bring business and conservation groups together around solutions for the benefit of all Texans.” 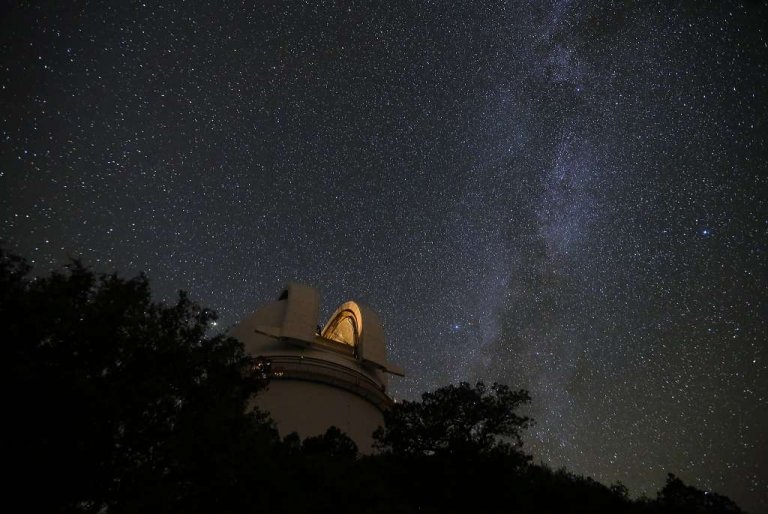 Carswell said Texan by Nature is trying to get 100 percent commitment from operators across the state for the initiative.

A second focus is a playa lake – such as the one at the I-20 Wildlife Preserve.

Carswell said the nonprofit Texas Playa Conservation Initiative has federal funding to help landowners restore playa lakes on their land. She said the organization was having trouble getting subscribers until Texan by Nature stepped in to help with awareness and to educate landowners about the need for playa restoration, which helps recharge the Ogallala Aquifer and provide water for migrating birds.

“Pioneer pulled out their maps and found they had 28 playa lakes on their leases,” Carswell said. “They committed to restore playa lakes on those leases, and we hope to get other operators to look at their leases. It’s needed in the Permian Basin and the surrounding area.”

Mark Berg, executive vice president of corporate operations with Pioneer, told the Reporter-Telegram by email, “Pioneer greatly values the work of Texan by Nature in focusing all of us on the importance of maintaining the natural beauty of our state. Their partnership with the oil and gas industry is a great example of how we can both realize the value of our state’s vast natural resources, while also protecting the environment. Laura Bush and the other leaders who founded this organization should be commended for their vision.” 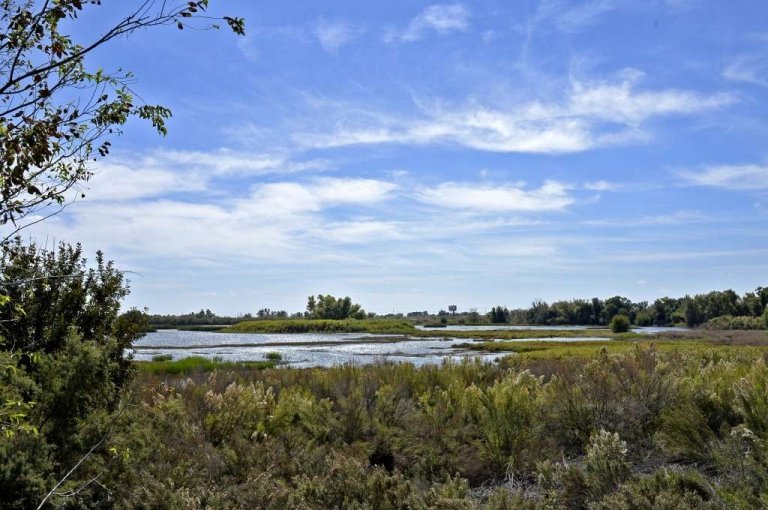 A third concern is native habitat creation and pollinator habitat restoration. Oil and gas drilling operations and transportation work – such as laying pipelines – can disturb the habitat of pollinators, including monarch butterflies and bees.

“It’s a chance to do good when you disturb habitat because you can restore it for pollinators and birds,” Carswell said.

Carswell said EOG Resources is working with her organization on its properties in the Eagle Ford to see how restoring land with native grasses, which are better for the pollinators, could be done more economically.

“With EOG, we’re trying to get the cost down to parity or to savings. The cost for native restoration is more expensive,” she said.

There’s also the tug-of-war between native grasses for pollinators and birds and what she called invasive grasses that are used to graze livestock and the need to accommodate both, she said.

“EOG is interested in learning more about habitat creation in West Texas; Pioneer also,” she said.

The interest of oil and gas companies is critical, she said, as is raising landowner awareness and getting them to agree to or ask for restoration projects.

But first she has to create trust with the companies that, even though conservation is not their product line and doesn’t bring in revenue, it can be economically beneficial.

In her meetings with members of the industry, she said operators have been receptive, especially as they increase their focus on carbon neutrality and protecting the environment.

“They’re hungry for ideas for conservation projects that are truly impactful, that can be operationalized,” Carswell said. “Instead of throwing money at something, they want to be impactful. They’re taking a leadership position.”

Having grown up about 90 minutes away from Midland, Carswell said it’s always a pleasure to return to her roots.

“I love that West Texas can-do attitude, that ‘We can help with that’ attitude,” she said.