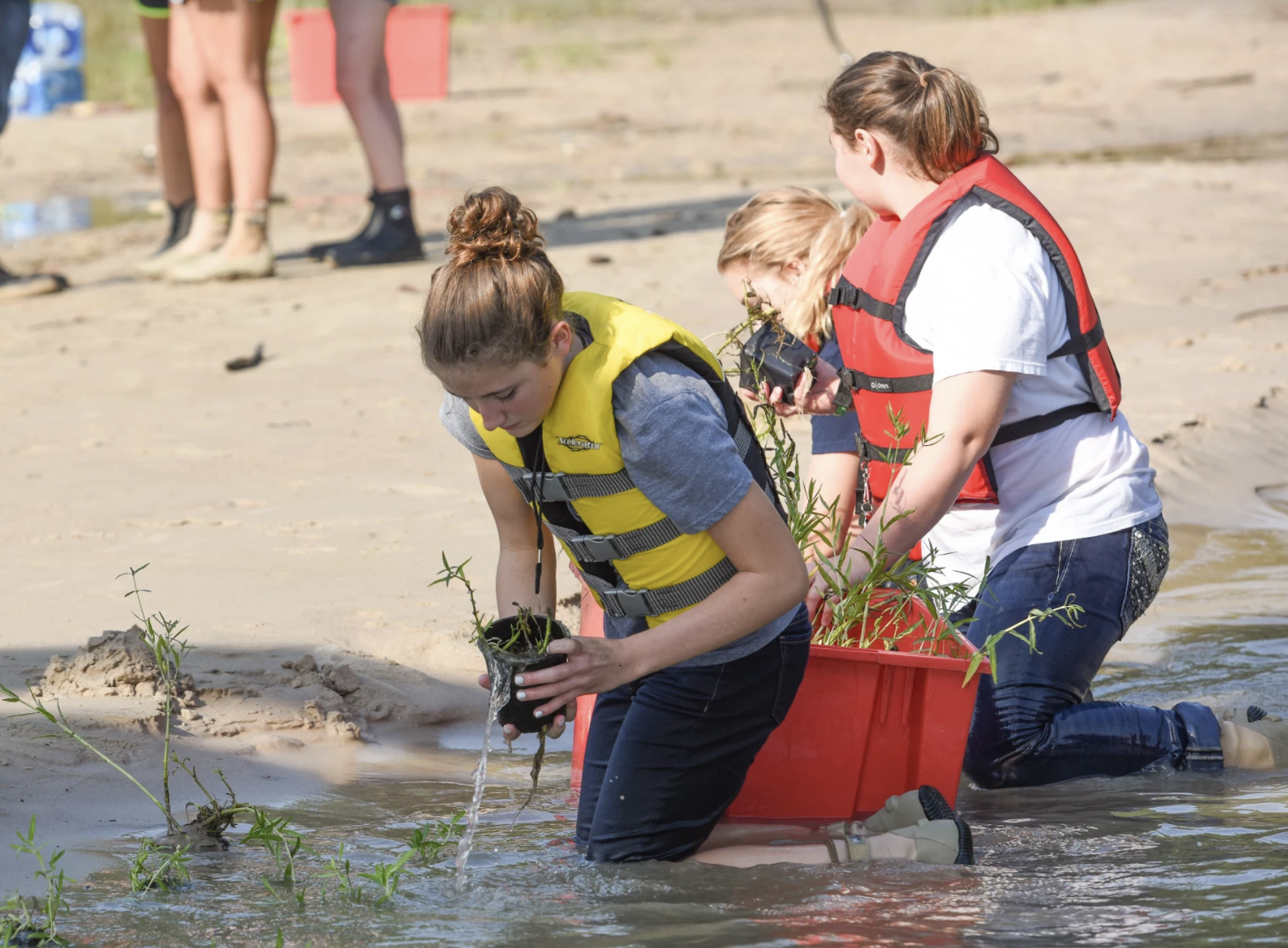 Constructed in 1969, Lake Livingston is an 83,277-acre impoundment reservoir on the Trinity River in Trinity, Polk, San Jacinto, and Walker counties. After 60 years, siltation and reservoir aging has yielded significant aquatic habitat loss. In partnership with TPWD and the TRA, the Friends of Lake Livingston team began restoring habitat for fish and wildlife populations in 2013 by adding aquatic and riparian plants. Partnering with 6 local high schools, local partners, and the TDCJ Lee College Horticulture program, over 25,000 aquatic plants have been introduced into the reservoir yielding significant improvements. As a result of FoLL’s efforts, Lake Livingston was named one of the 2015 “10 Waters to Watch” by the National Fish Habitat Partnership. In 2017, Texan by Nature recognized FoLL as a Conservation Wrangler.