Get Paid to Recycle in El Paso!

Crinkle, crackle, crunch… The sounds of plastic are all around us in the modern world, from your supermarket container lunch to the tub of dog treats. Plastic products are widely recyclable, but 85% of all US plastics end up in a landfill or as litter on streets and in waterways, according to a recent study.

Factors that contribute to low recycling rates include a lack of public awareness of the importance of recycling, limited materials sorting capabilities, and lack of access to recycling infrastructure. PET thermoforms – which are thermally molded sheets of PET plastics used in clamshell containers, tubs, and bottles –  are completely recyclable, but often end up discarded, where they pose a threat to wildlife and pollute Texas’ 190,000 miles of waterways.

Pilot participants receive 10 cents for each item deposited for recycling at participating Sam’s Clubs locations. Since the PET Recycling Pilot launched in El Paso on July 6, 2022, over 5,500 PET #1 plastic items have been dropped off for recycling. Pilot participants also have the option to donate their incentives back to community partners in El Paso or claim their incentives through Venmo. 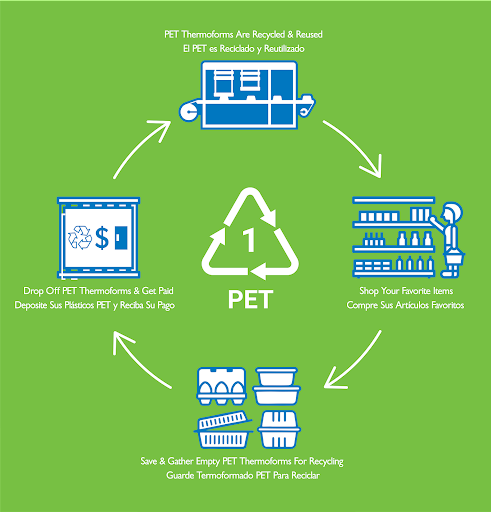 El Paso community partners not only benefit from the PET Recycling Pilot in terms of reduced pollution and cash donations, but have also been instrumental in spreading the word on the ground about the pilot. Frontera Land Alliance, the Green Hope Project, the Paso del Norte Community Foundation, Better Business Bureau Paso del Norte, and the El Paso Community Foundation support the pilot through sharing information on social media and have helped us connect students to the pilot through the PET Pilot Video Contest. So far, over 20 students in El Paso County have submitted videos promoting awareness about the PET Recycling Pilot and the importance of recycling in general – stay-tuned for the winning videos in October!

We are grateful for the enthusiasm of the El Paso community and look forward to seeing the impact of the pilot over the coming months. 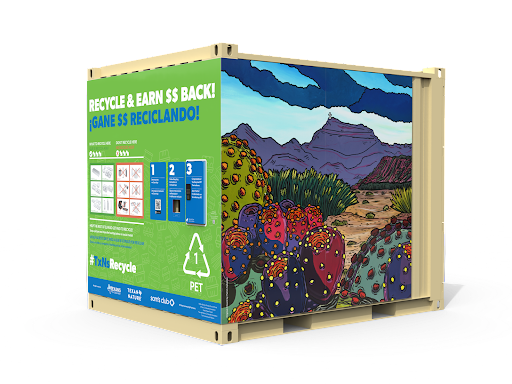 How many pounds of plastic can we keep out of the Rio Grande, off El Paso streets, and out of landfills? How much money can you earn from recycling incentives? As much as you and your neighbors can carry! Get paid to recycle: https://texanbynature.org/projects/mecycle-el-paso-pet-recycling-pilot/