The migration and lifecycle of the monarch butterfly (Danaus plexippus) is quite spectacular. Every fall, monarchs in the US and Canada fly more than 3000 miles to reach their overwintering destination. When migrating, the monarchs pass through central Texas, known as the “Texas Funnel,” as they continue their journey to overwintering sites in Mexico. Monarchs also make their way through Texas during the spring migration as they head to spring and summer breeding areas all over the US and parts of Canada in search of milkweed. 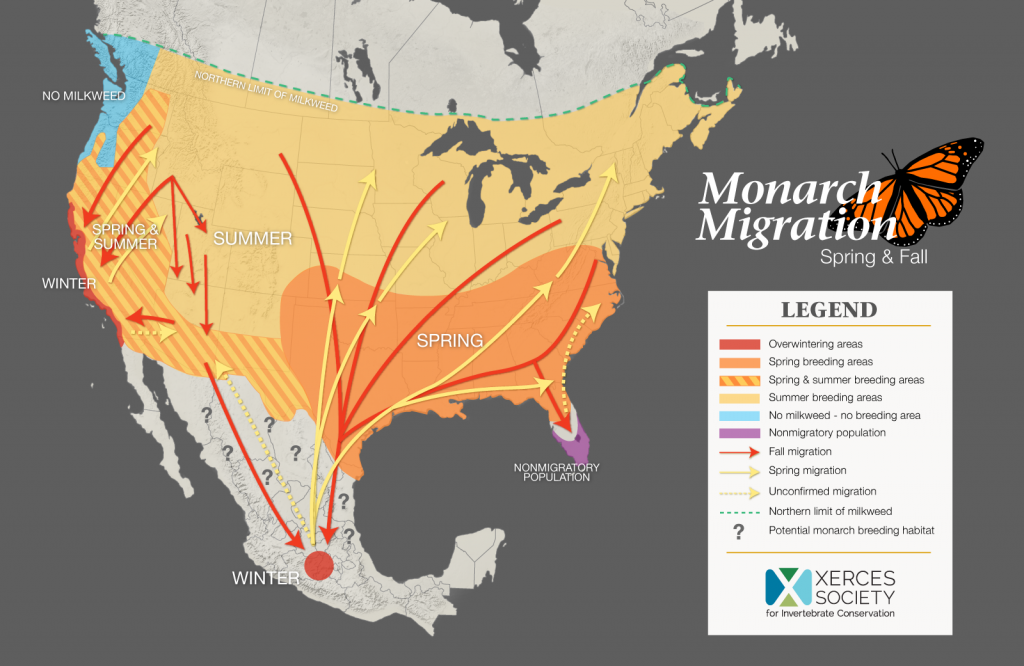 This makes the Lone Star state crucial in the tri-national efforts to conserve monarch and pollinator habitat. The migrating monarch population has declined drastically since the monitoring of this species began. 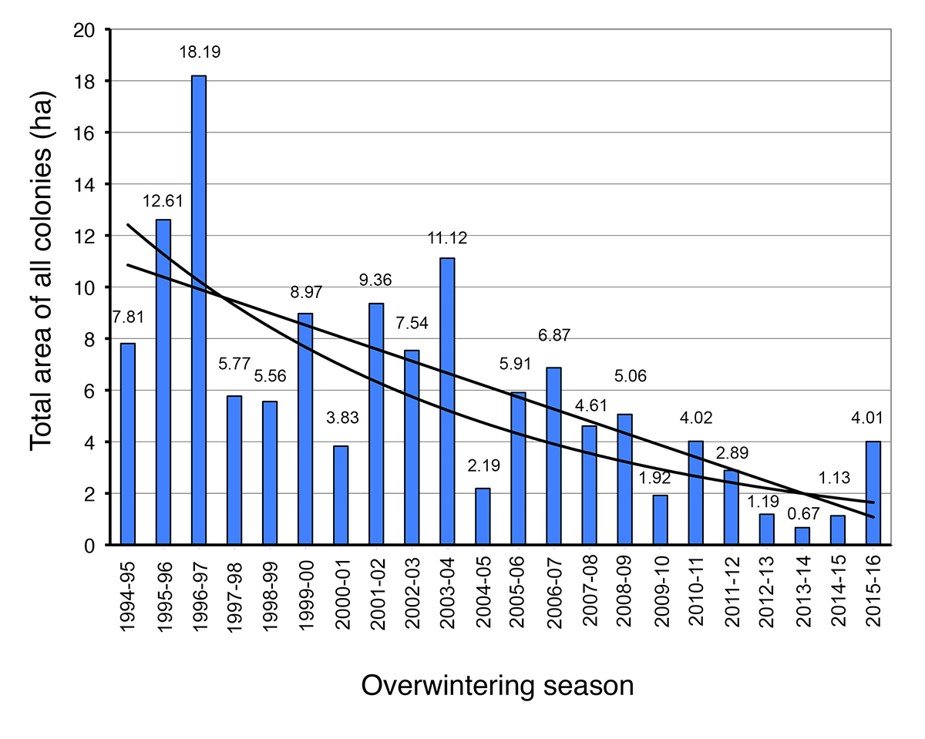 This graph shows the area of forest occupied by colonies of hibernating monarchs in Mexico from 1994-2016 (Graph courtesy of Ernest Williams). It was reported that the size of the 2014–2015 overwintering population is the second smallest since monitoring began in 1994, occupying an estimated area of just 1.13 hectares (2.79 acres) (Secretariat of Environment and Natural Resources, Mexico 2015). (Retrieved from The Xerces Society for Invertebrate Conservation).

Joining Together for the Benefit of Monarchs

Monarch butterflies and others pollinators who share their habitat, such as hummingbirds and beneficial insects, are a vital part of nature’s life cycle. Pollinators ensure the reproduction of flowering plants and pollinate agricultural crops fundamental to the economy and well-being of Texans.

Texan by Nature has recently launched the Monarch Wrangler program, connecting businesses, community organizations, and faith-based groups with the resources and scientific expertise they need to positively impact pollinator populations in Texas, as well as beautify their campuses with native Texan plant species. Together, Texans will carry out programs aimed at monarch butterfly and other pollinators that provide beauty and stability to the natural world and our economy.

BAE Systems, a military defense, electronics, and aerospace company has signed on as one of the first Monarch Wrangler corporate partners. As part of their project, BAE Systems is aiding essential monarch habitat by planting pollinator gardens, removing invasive species, and restoring native grasses on the company’s privately owned campus in Austin, Texas, which lies directly in the migration route of the monarchs.

If you or your organization/business are interested in joining the cause to help out the monarch butterfly population as well as other beneficial pollinators, visit our Monarch Wrangler page and apply today!